Crafts, Fabric Crafts
Pin1
Share
Tweet
The links in this post may be affiliate links. This means I may receive a small commission if you buy through these links, at no additional cost to you, which helps me run this blog. Read my disclosure here. 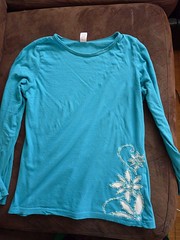 So, now that it’s officially The Holiday Season, I figure you guys probably have people in your life to whom you may want to give gifts. So I thought in the coming weeks, I’d share some homemade gift ideas.

Now, I can’t actually share the things I’m giving this year, as the readership of my blog is approximately 99% my friends and family. And we can’t go spoiling surprises around here. It just wouldn’t be right.

So I’m sharing things I’ve done in the past for now. Maybe I’ll get extra crafty and make a few extra things just for you guys. I’ll definitely take pictures of what I’m making this year to share next year, though!

This is a shirt I made for myself a few years ago, sometime before I got pregnant, I think. I bought the shirt at Target, in the clearance section for $4. This was one of my first attempts at reverse applique. I was inspired by the techniques I found in The Alabama Stitch Book. A great book to give as a gift for your crafty friends!

I started by making a stencil on some stencil board I found at the craft store. 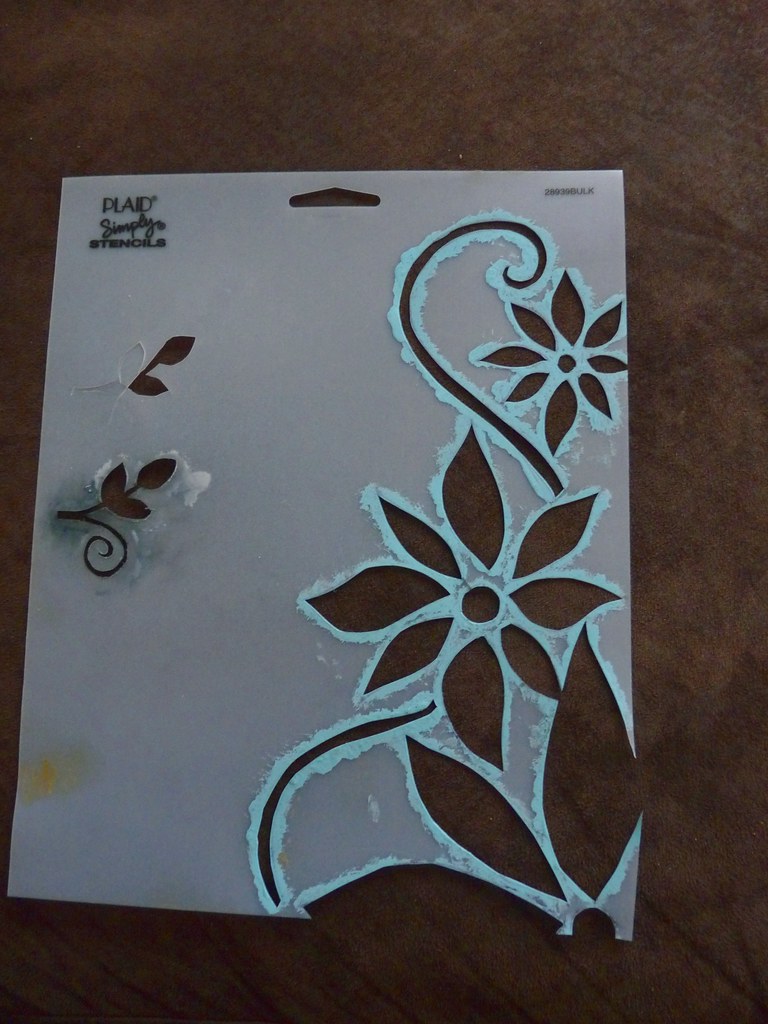 I drew out my pattern and then cut it out with a utility knife. Actually, my husband cut it because I totally stink at using a utility knife. I’m not patient enough. Then I laid it over the shirt and applied some fabric paint I mixed up to be a shade lighter than the shirt. I used a stippling brush so as to not put too much paint on the shirt. 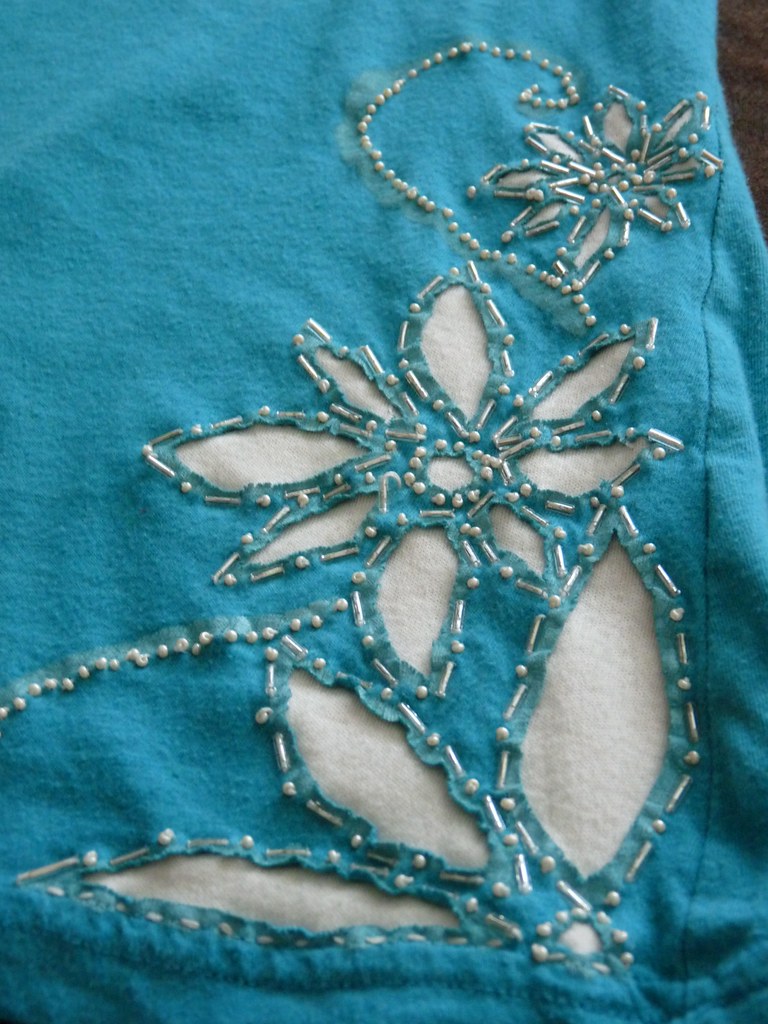 Then, I pinned a cream-colored jersey behind the pattern. I stitched around the outside of the painted area, beading with each stitch. 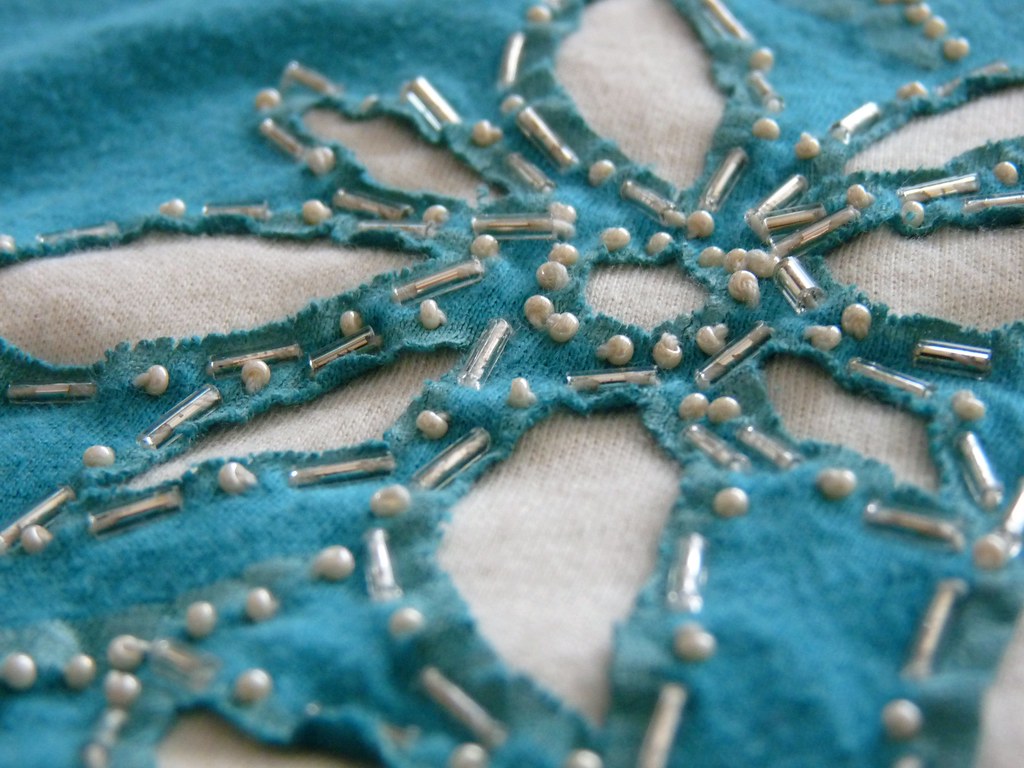 I used silver bugle beads and cream seed beads. It’s certainly slower to add bead than to just make stitches. You would also get a pretty effect by just stitching, but it wouldn’t be sparkly. 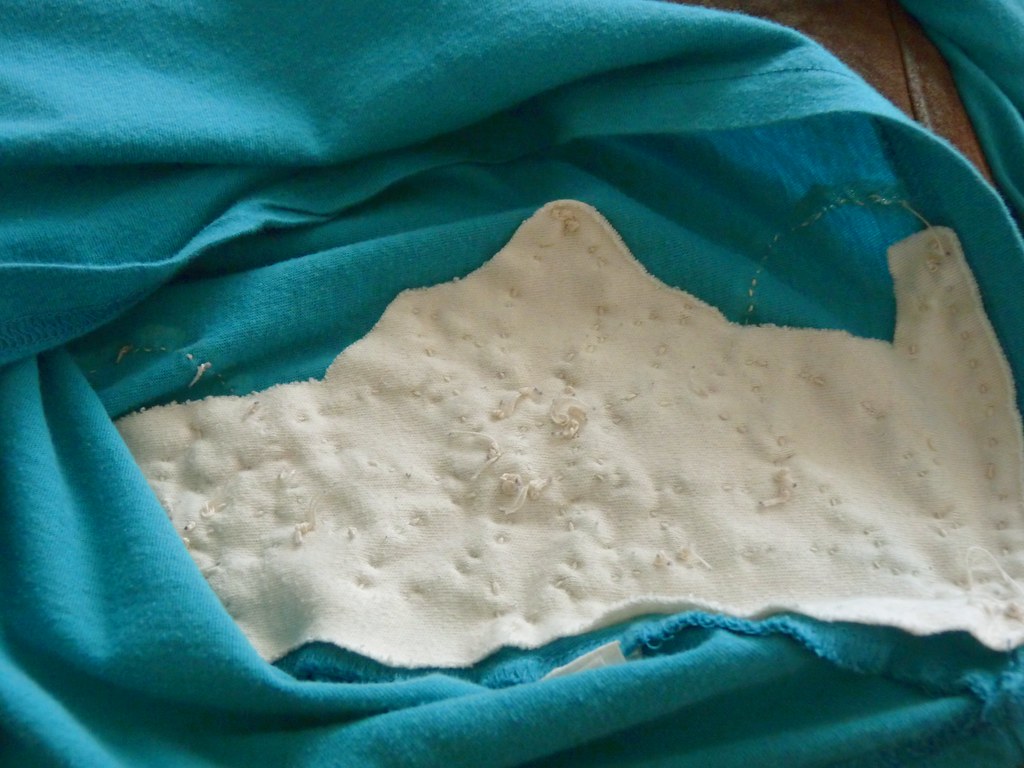 After I had finished, I unpinned the fabric and trimmed the excess. 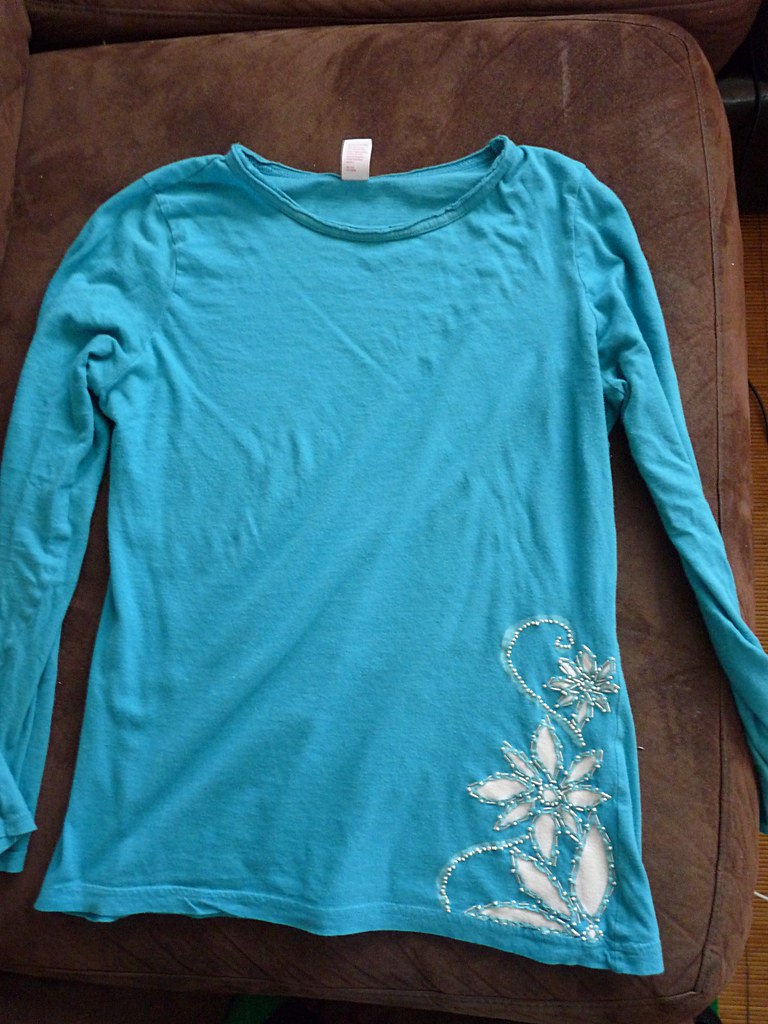 It’s fairly simple, but it does take some time. But it turns a $4 shirt into a one-of-a-kind work of art that your sister/mother/friend/niece/dog’s previous owner’s cousin’s mother-in-law is sure to love!