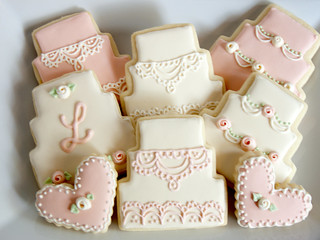 I know I teased you all last week with a sneak peek of these cookies. I’m finally getting around to telling you all about them.

Even before Nate & Elizabeth were officially engaged, my sister & I volunteered to make cookies. This was before we thought about the fact that Nate’s family alone could fill up the church. Luckily for us, Elizabeth had a lot of people make a lot of different kinds of desserts. So we didn’t have to make enough for everyone. We made about 80.

We had originally planned to only make cakes, but last-minute I decided to make some hearts as well, and I’m so glad I did. I think the hearts are my favorite. 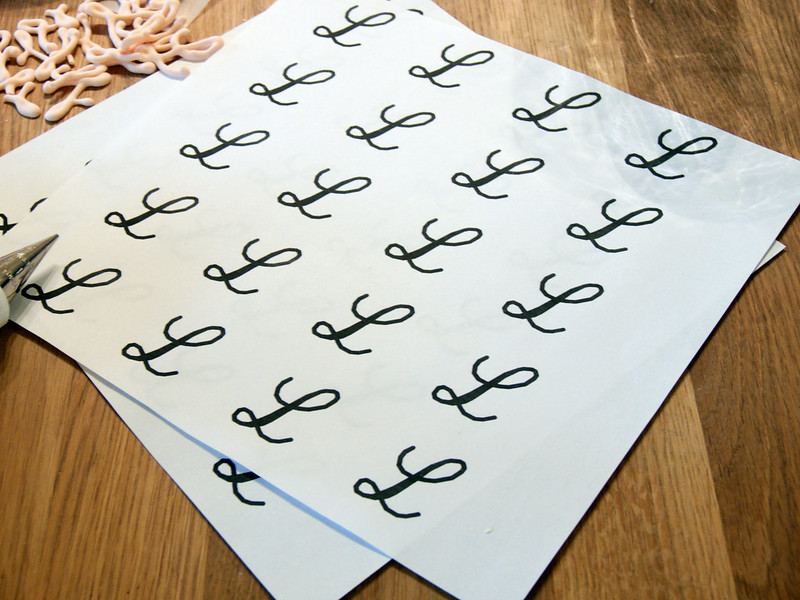 For the monograms, we printed out “L”s the size we wanted, then put them on a cookie sheet with a piece of waxed paper over them. Then we piped with pink frosting over them. We used something between piping icing and 20-second icing to get the right consistency. We let these dry overnight, and then took them off the waxed paper. We made WAY more than we needed because we knew they’d be really delicate and hard to take off. We were right. I think we ended up with only 1/4 that were usable. 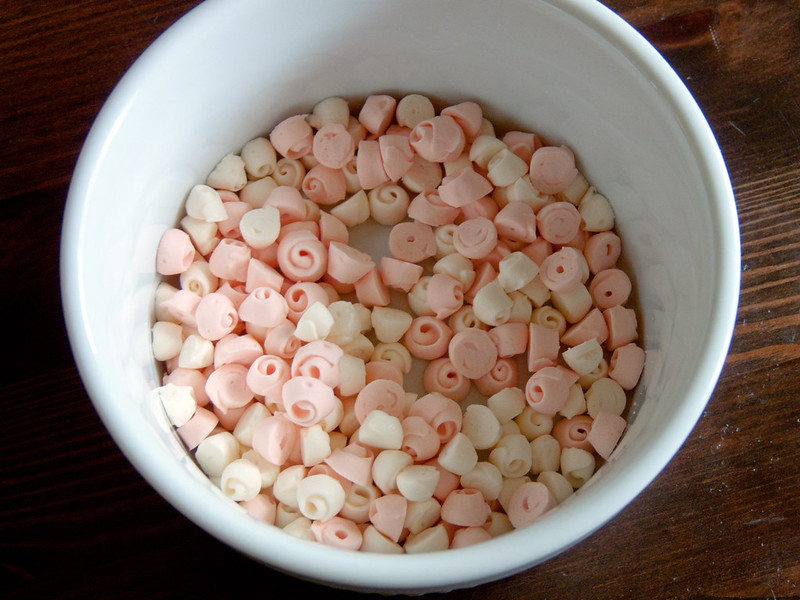 My mom made these rosettes for us. Sugarbelle has a great tutorial here.

For the cakes, we outlined in piping icing and then flooded with 20-second icing. We could have skipped piping, but we wanted to have a really crisp line. We used 20-second instead of 10-second for flooding so they would dry faster. 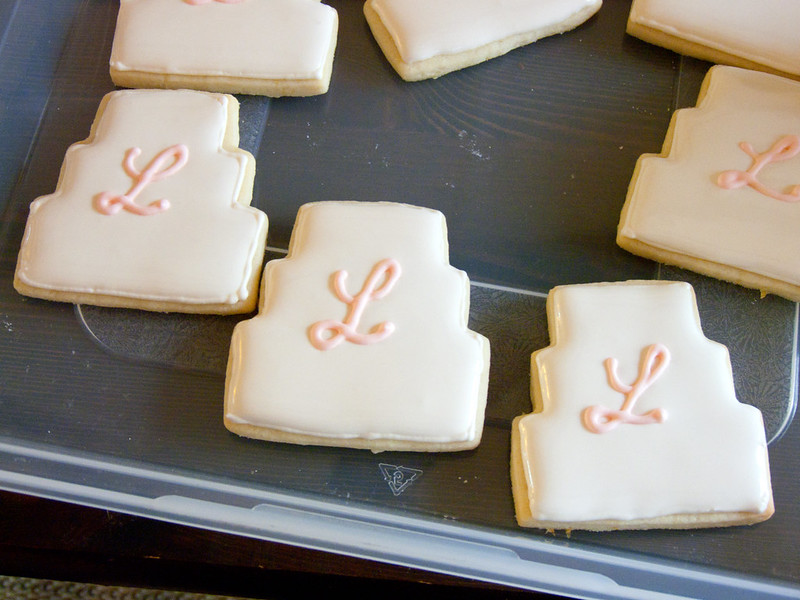 We dropped the monograms on while the icing was wet. If you look at the cookies above, you can tell which ones we flooded immediately after piping, and which ones got left for a few minutes in between. The flood icing blends much better with the piped outline if you flood immediately. We also added the flowers at this stage. 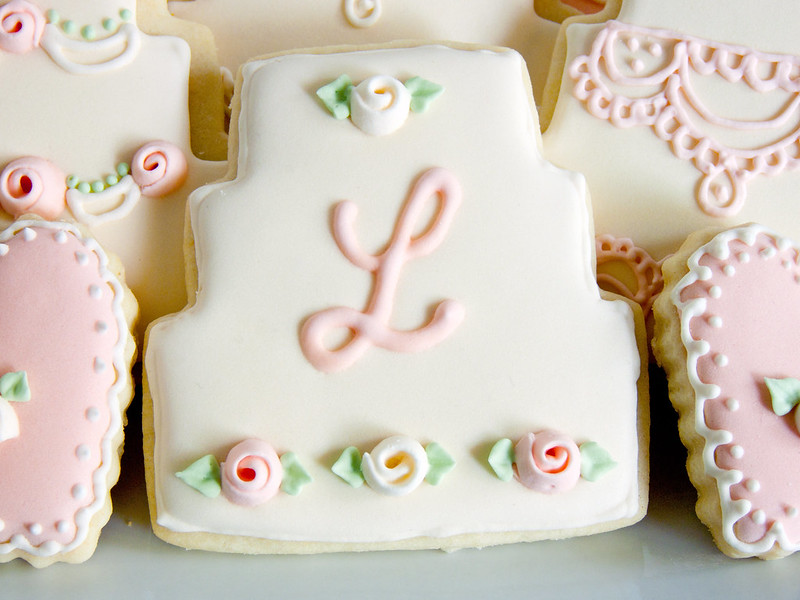 The leaves we added with stiff green icing and a leaf tip after the rest of the cookie was dry. 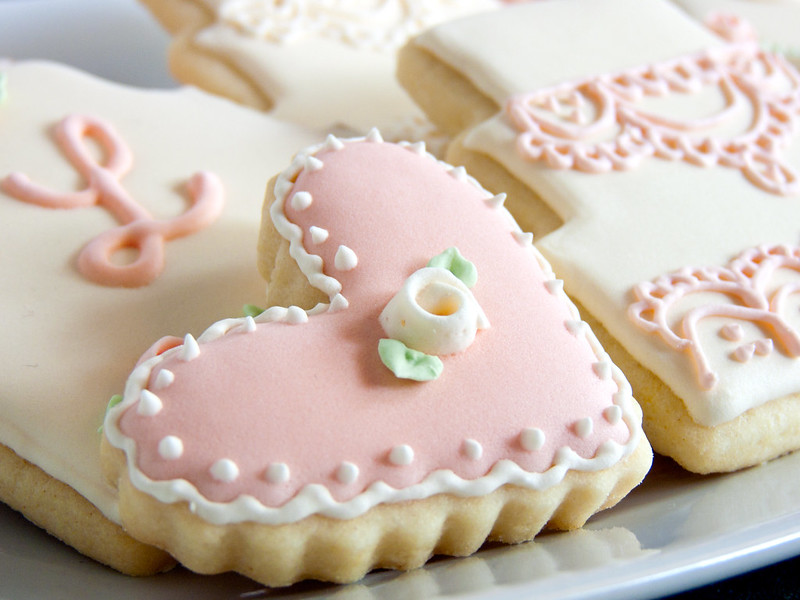 For the hearts, I was inspired by a picture of cookies I found here.  We used 20-second pink icing, and tried to gently scallop it along the lines of the heart. We dropped rosettes in while wet, then waited until it was dry to add the ivory outline and dots, as well as the green leaves. 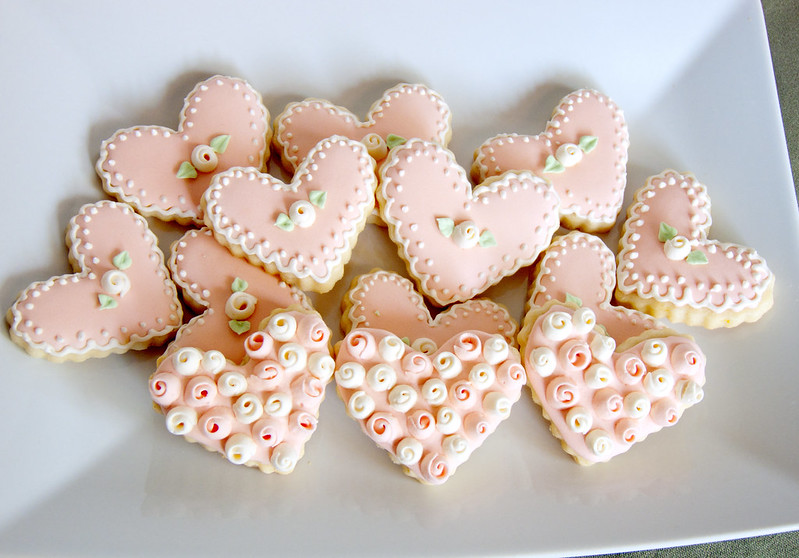 We had extra rosettes, so we made 3 hearts fully decked in rosettes. Just for fun. 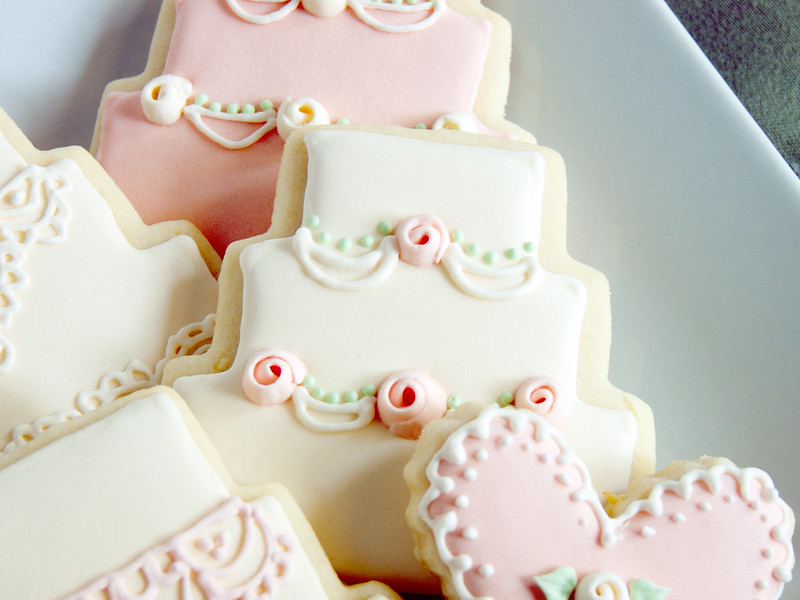 We made 2 more kinds of cake cookies. One like this with rosettes and accents. (We did this one on some pink ones as well, using white rosettes, as you can see at the top of the picture above.) 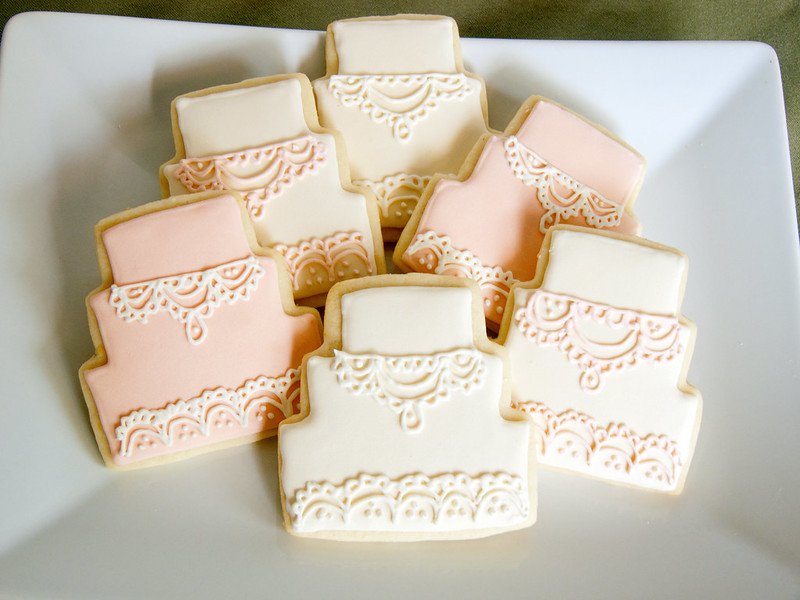 We also made a variety of lace cookies. We piped on these after they were dry with a Wilton #1 round tip. We used the same pattern but different color combinations. I realize you can see that and probably didn’t need me to point that out. 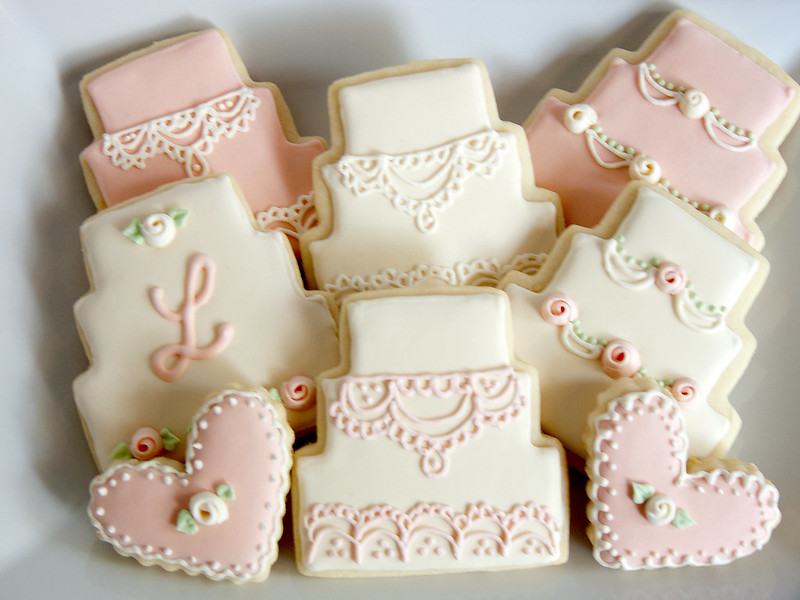 These turned out pretty well. I think they might be some of the best we’ve ever done.  I hope you enjoyed them as well!