Cooking, Main Dishes
Pin2
Share
Tweet
The links in this post may be affiliate links. This means I may receive a small commission if you buy through these links, at no additional cost to you, which helps me run this blog. Read my disclosure here. 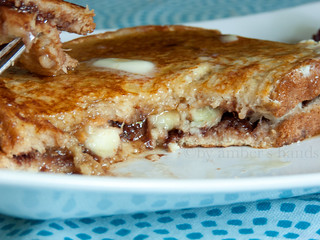 To review, the PB N B in the title stands for Peanut Butter, Nutella & Banana.  In french toast. It’s pretty much all kinds of awesome. I mean, seriously. How can you go wrong with that combo?  This isn’t so much a recipe as an idea.  I don’t follow a recipe when I make french toast, so if you have a favorite recipe, you can easily use it when making this. 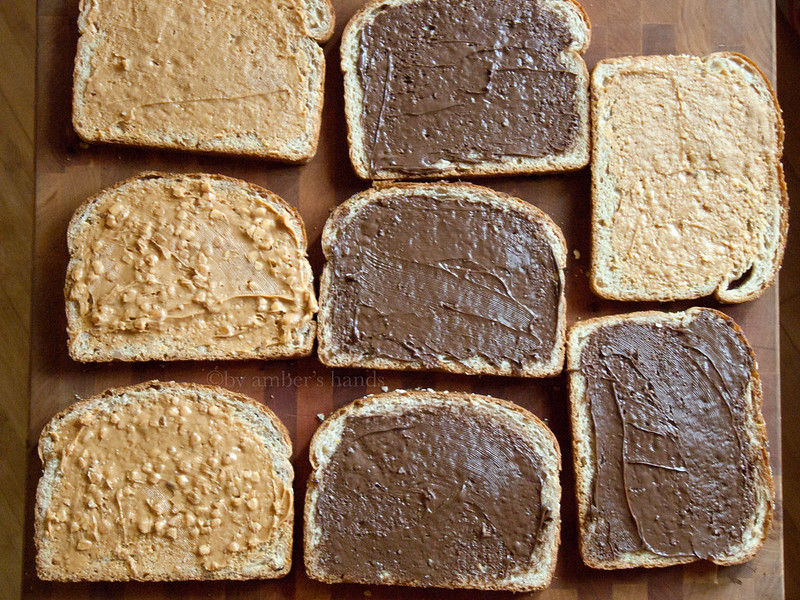 I made 4 “sandwiches” for my Hubs, Little Man and me. Spread peanut butter on half of your bread slices and Nutella on the others. As you can see, we have different preferences for types of peanut butter around here. 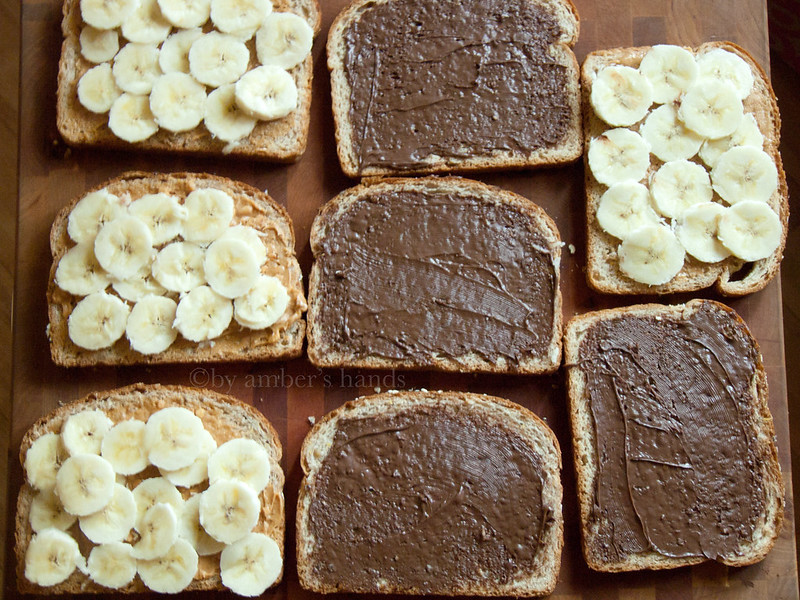 Thinly slice some bananas– I used about 1.5 bananas for the 4 sandwiches, but you can use more or less depending on what you have on hand and how much you like bananas– and place the slices on one side of the sandwich.  Then put ‘em together. (duh.) 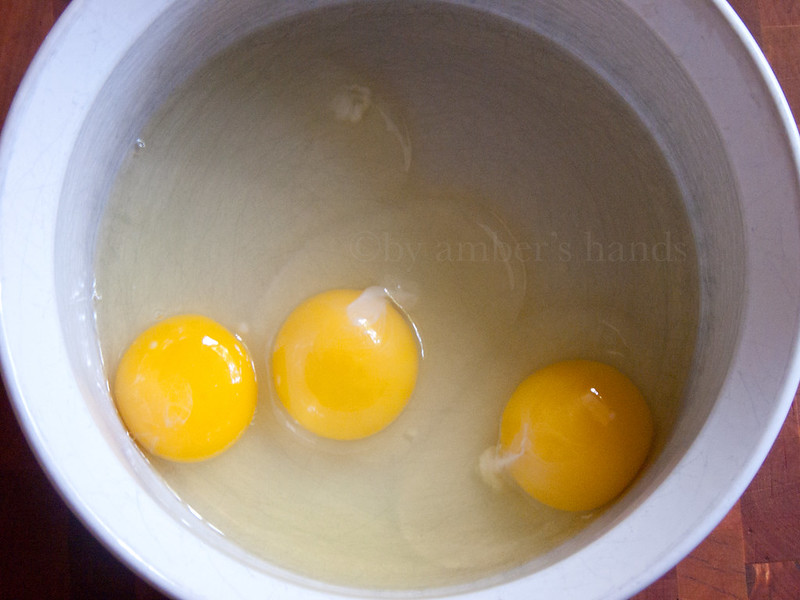 I used 3 eggs. I used 3 eggs last time, when I was making only 3 sandwiches and I had a little extra, but it was just barely enough this time. If you like to super soak your bread, add more. But like I said, this is not a really exact recipe. 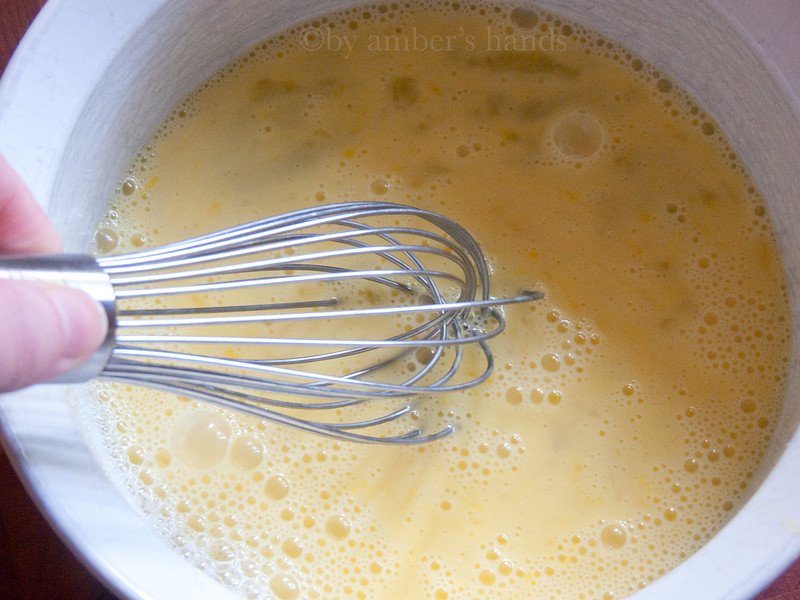 I added milk– about half a cup.  I used a multigrain sandwich bread this time– last time I randomly had white on hand, and I definitely prefer the heavier bread. But if you don’t, use the white stuff. Just use less milk. I used half a cup of milk or so, but if you’re using white bread, you might want to stick with a quarter cup or the white stuff will soak it up too quickly and the bread will fall apart. Whisk this together. (I would usually add cinnamon to regular french toast, but I decided it might compete with the other flavors.  But if you feel like you want to walk on the wild side, throw in some cinnamon.  1/2 a teaspoon or so would do.)

Grease your electric skillet if you have one, set to 350° or use a pan on the stove over medium heat. Slick it up with your favorite oil/butter/shortening whatever. If you’re using butter, just watch it so it doesn’t brown or burn. 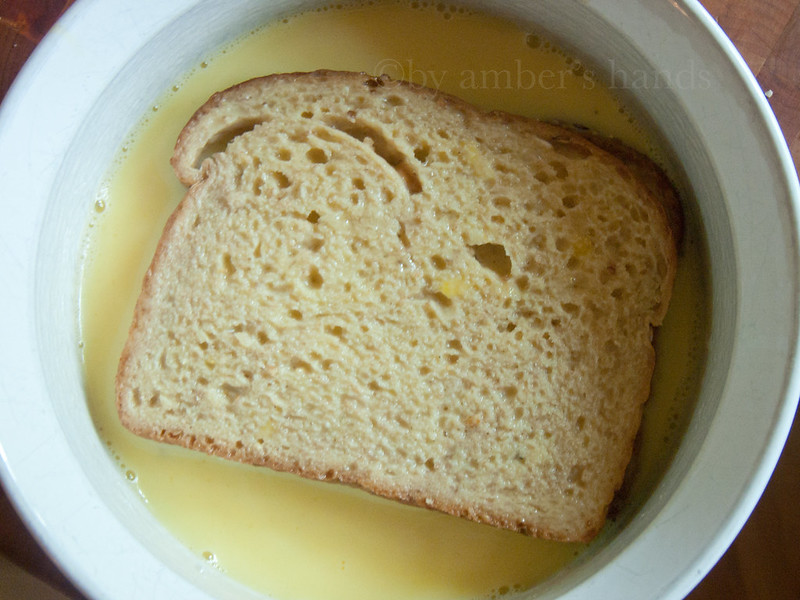 Put your sandwich in the egg mixture, and flip it so both sides soak it up.  If you’re using white bread, don’t leave it too long on either side or it’ll fall apart.  Heartier breads can handle it a little longer. 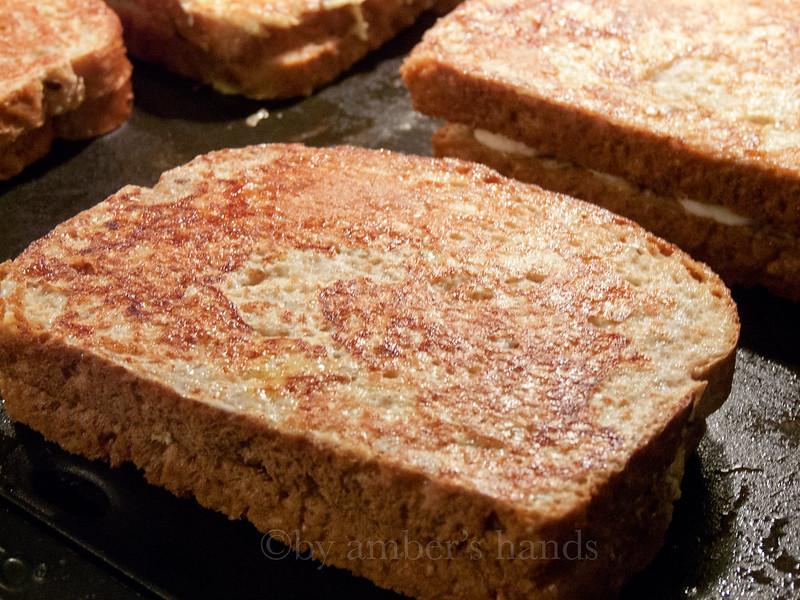 Fry it up on both sides for a few minutes or until it looks like this. 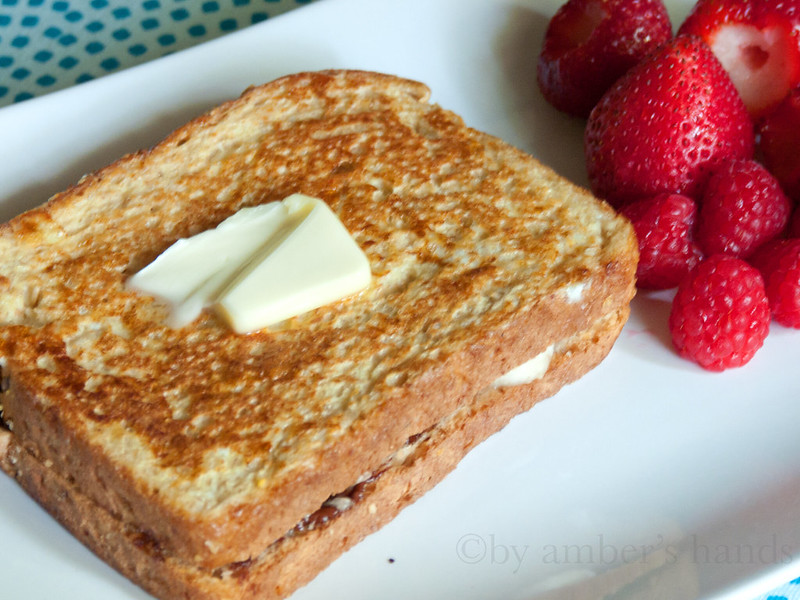 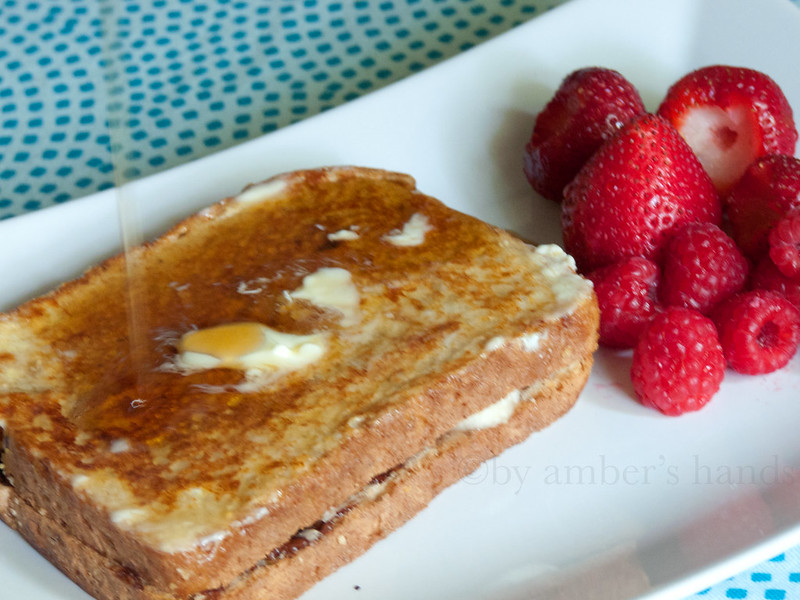 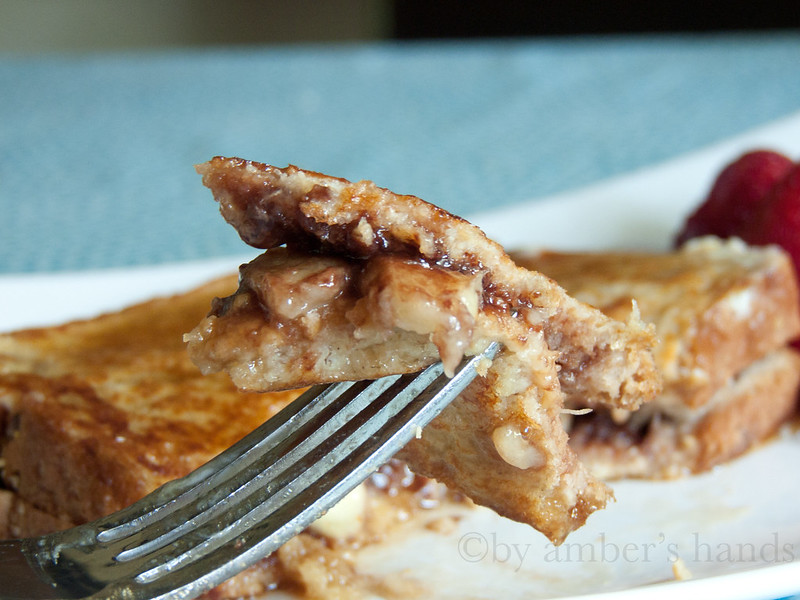 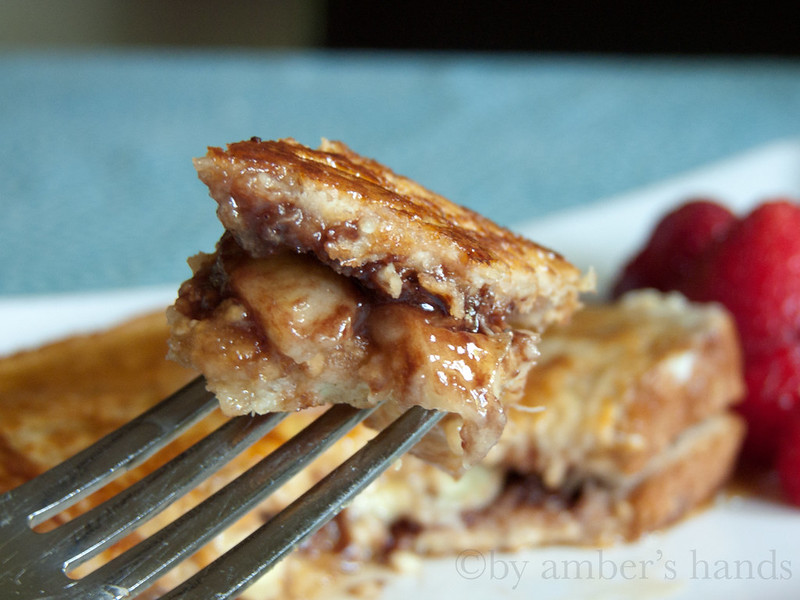 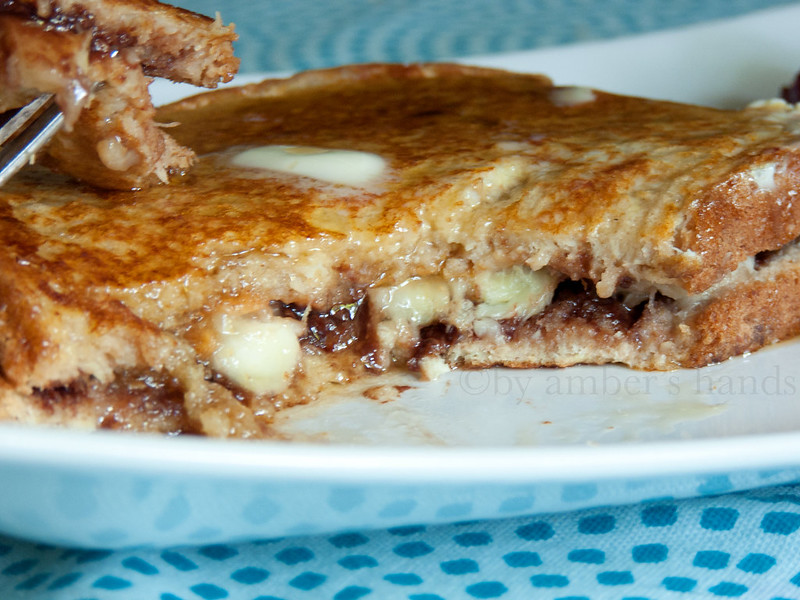 You should be aware that when toddlers are involved… 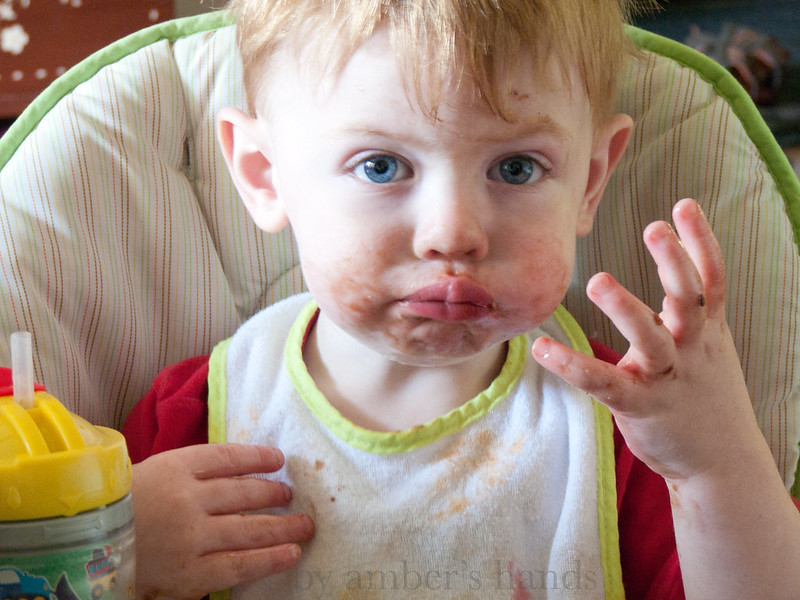 things may get a little messy.

This child ate an entire sandwich himself. 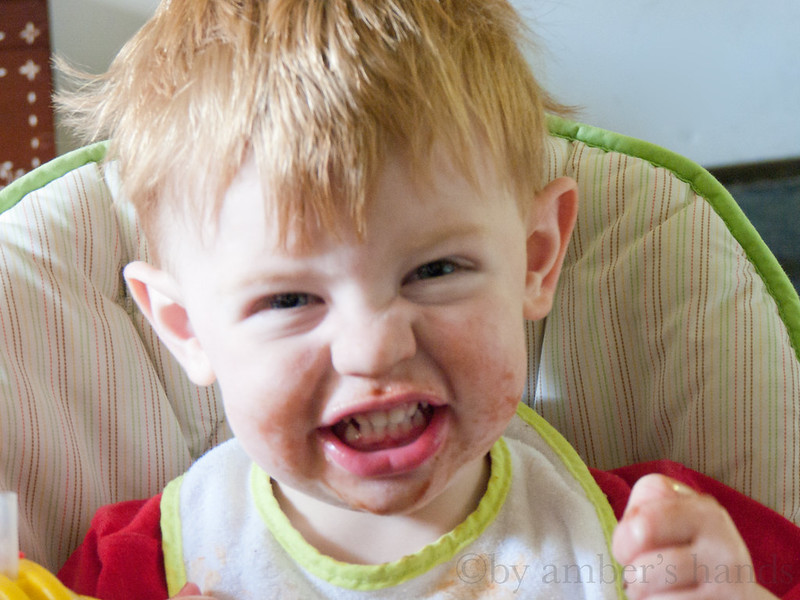 He’s pretty pleased about it, too.

Have a great Labor Day weekend, all you ‘Mericans.

And make this for breakfast. Or dinner. Or both.

*Disclaimer: may not actually be illegal in any states.

Holy moly, it's almost the 4th of July!⁠ ⁠ Why